What’s Next? Beyond MTD for VAT 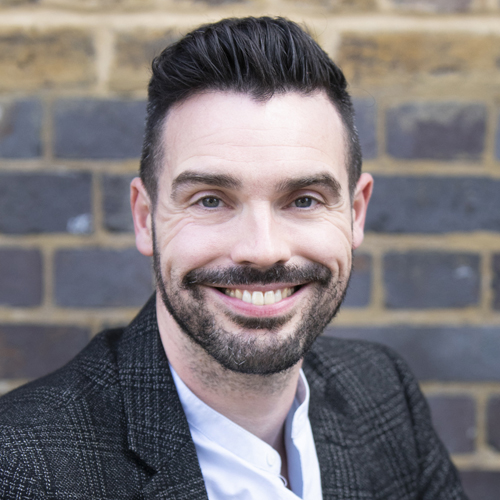 HM Revenue & Customs’ (HMRC) journey to digitalise their services has faced a number  of challenges since it was first announced in 2015. The initial plan to deliver income and business tax through their Making Tax Digital (MTD) program was postponed in 2017 and VAT came to the forefront. Having gone live for majority of VAT customers this year now is a good time to take a step back and evaluate the authority’s lofty ambitions for MTD as it passes its first major milestones.

We gathered a diverse group of tax leaders to get their opinions on HMRC’s progress and cast an eye forward to predict the future of tax in the UK and on a global scale.

MTD as it stands

From HMRC’s perspective the journey to raise awareness of digital tax is clearly going well so far. New department research published in February this year revealed that some 81% of VAT mandated businesses were aware of phase-1 MTD either by name or concept.

Despite this increased awareness 10% of the taxpayers missed their first deadline, suggesting a gap between their understanding of the new requirements and taking the necessary steps to ensure they are compliant with the new filing regime.

There is, however, widespread debate about the tax authority’s next move in its bid to become the most digitally advanced tax authority on the planet.

Whilst it was initially thought HMRC’s focus would be to bring in other taxes into the MTD regime, the Chancellor’s Spring Statement announced that no additional taxes would be mandated to use MTD until 2021. Given stretched technical resources at HMRC as they focus on Brexit, the current expectation is that MTD for VAT will be extended first and any new taxes added in 2022 and beyond.

During our recent roundtable, several tax leaders identified corporation tax as the next piece of low hanging fruit: that in many ways was nearly there with the current filing system.

Ever since electronic filing of Corporation Tax Returns became mandatory, the vast majority of companies have utilised corporation tax software that files directly with HMRC – this has now become embedded in their annual processes.  A bridge from an organisation’s Enterprise Resource Planning (ERP) system to feed the data into that software seems like the next logical step. However, the uptake of existing functionality to import ERP data into corporation tax software has not been universally adopted, so this may be a larger step than initially thought.

Other tax leaders felt differently and thought that income tax was most likely the next digital win for the tax authority. Head of Tax Meena Shah, reasoned that people completing a self-assessment simply have to check details already included on a tax return, she believed that was the next logical step for digitalisation.  Given that HMRC are currently piloting MTD for income tax with a small number of taxpayers, this seems like a logical conclusion but given the announcement in the Spring Statement it’s not expected that this will progress significantly in the next 18 months.

Indirect Tax Manager, Christopher Smith, predicted a more incremental approach from HMRC. He comments “In the short term, we’re seeing the easy wins such as click-to-submit, the application programming interfaces (APIs) and the introduction of digital links. In the long term, though, we’ll see that opening out and there will be a lot more information requirements moving forward”.

Chris’s comment alludes to HMRC’s initial plans to digitise VAT to an almost transactional level of data before that was pared down to the current norm of nine datapoints. Other jurisdictions are moving to shorter reporting cycles and more granular information so whilst HMRC have not announced plans for this at present it does feel like the next logical step.

In order for the tax administration to realise its vision, there are various changes that are necessary within businesses and, more importantly HMRC.

Paula Mason, Head of VAT for UK and Europe for a global investment bank, had pertinent questions about the funding available for HMRC to invest in the systems needed to handle this influx of new data, particularly in an unprecedented period of political upheaval.

As other taxes are brought into the MTD regime an additional issue is the surge of information in year reporting tax data will bring to HMRC.  For companies this will be based on unaudited financial data which is subject to significant change at the year end and subsequent claims and elections such as group relief. How HMRC handle this data will be a significant factor in the success of the digitalisation of their services.

The harmonisation of tax authorities

Looking at the future of taxation in general, there could be further cooperation between tax authorities and a streamlining of processes for businesses operating across the globe.

It wouldn’t be a far reach to foresee that HMRC could make use of outside inspiration and directly import a new digital system that has proven successful in a different country.

Jayesh Rajyaguru, Global Head of Tax, recalled: “We’ve seen them do similar things already, such as trying to model their internal systems on the Australian tax authority. It could be helpful for our businesses if any new system has already been tried and tested.”

The benefits of tax authorities communicating and exchanging information were also extolled, but the time resource needed by the departments to do so is a potential blocker.

However, considering The Organisation for Economic Cooperation and Development’s (OECD’s) Base Erosion and Profit Shifting (BEPS) initiative as an encouraging example, this international cooperation could form the building blocks for further global action plans.

The initiative aims to close gaps in international taxation for companies seeking to avoid tax or reduce their tax burden in their home country by migrating intangibles to lower tax jurisdictions.

There must however be acknowledgement of the potential challenges in the forms of worldwide implementation and countries pursuing a unilateral approach.

Offering a note of caution, Meena Shah cited differing interpretations of the digitalisation of tax across countries as another stumbling block in the path of global taxes.

“I can maybe foresee harmonisation at a very high level, in principle, but for interpretation and implementation there will be a lot of differences that will need to taken into account.”

The road ahead for MTD is unclear past the digitalisation of VAT, but HMRC has taken the most important step – the first. This initial leap towards a digital future is a positive sign for UK businesses and the tax administration.

6 Cybersecurity essentials to consider when picking a SaaS platform

Investing in software for a team or company is tricky. There are multiple factors to consider...

5 Ways the Millennial workforce is changing the finance function

Over 50% of the UK workforce are Millennials, meaning they have a huge impact on the way businesses...