The world of tax and finance has become inundated with buzzwords from the technology sector, but what does Blockchain or Crypto have to do with the finance function? Laurence Kiddle, ARKK’s Board Advisor's new blog series is helping to demystify buzzwords and how they relate to the business function that has been historically underserved by technology. This first blog looks at how cloud-first providers are changing the landscape of traditional tax software.

Around five years ago, I was interviewing for a new Head of Product. The candidate in front of me was well qualified and had great experience – but none of it was in tax or financial software. I pushed on their interest in tax. The reply? – well, from their research, it seemed that the tax market was massively underserved by technology; and it would be a great place to make an impact.

I probed on this. All those high street accountants, for example; they must be using something? (well, many of them were not – and many still are not – but that is a whole different story). Ah, there was nuance. Tax was not necessarily underserved by technology in general, but it was not using technology effectively. To be specific, many applications were simply form-fillers; most user interfaces looked like they’d been thrown together as an afterthought; most seemed to take pride in their lack of intuitiveness and difficulty to use (well, tax is hard, right?). And – critically – most were still on-premise. In 2015, so twentieth century.

Fast-forward (if that is not too analogue a phrase) five years and the tax software industry looks quite different. The single biggest change has been the acceptance of the Cloud in tax functions. The benefits of the Cloud are well documented and I won’t push them here, beyond to state that the key benefits for our market are ease of access; lowered costs of ownership; and the ability to handle very large amounts of data. Rather, I’m interested on the impact of these changes on the wider tax technology landscape, which can be grouped in three areas:

I’ll explore the consequences of these changes throughout this blog series. But first, a couple of observations on the tax specific market.

The current state of the tax market

Many software providers solve a submission problem: they are rooted in completing tax returns. They feel that they can’t stray too far from what has made them successful; and the result is often the same point solution, given a cloud platform and a more modern-looking interface. Better, certainly; but hamstrung by their legacy business.

But this way of thinking – from the tax return backwards – reflects when they were designed, often 20+ years ago. This is perhaps not making the best use of new technology.

Cloud-first providers, such as ARKK’s for:sight platform, see a data problem; and work from the datasets forwards. The solutions might still be designed to solve a specific use case, but the potential applications are much wider. So, when thinking about MTD, for example, the output is the VAT return. But the same data could just as easily drive much wider analytics, taking it outside the realm of a tax department into the wider finance world. To give an example, at one business I worked with automating the VAT return was the first time that they had combined transactional data across their different business units. A handful of suppliers provided services to each unit – and one provided a very large amount across the group. By seeing this full picture, the business could consolidate their contracts. Which enabled them to negotiate a bulk discount, essentially, paying for the entire project.

Even within the tax domain, that same data could (with minor additions) facilitate near real-time analysis of the capital allowances position. It could operationalise the production of R&D claims. It could… well, you get the picture.

Which brings me back to that interviewee. They spoke to this ‘data first’ approach as creating the potential to use a single data set as the springboard for processes throughout the tax function and beyond. But they never did resolve these questions, instead taking a role in legal technology. At the risk of provoking an internecine debate, at least that remains a function even less tech-aware than tax. 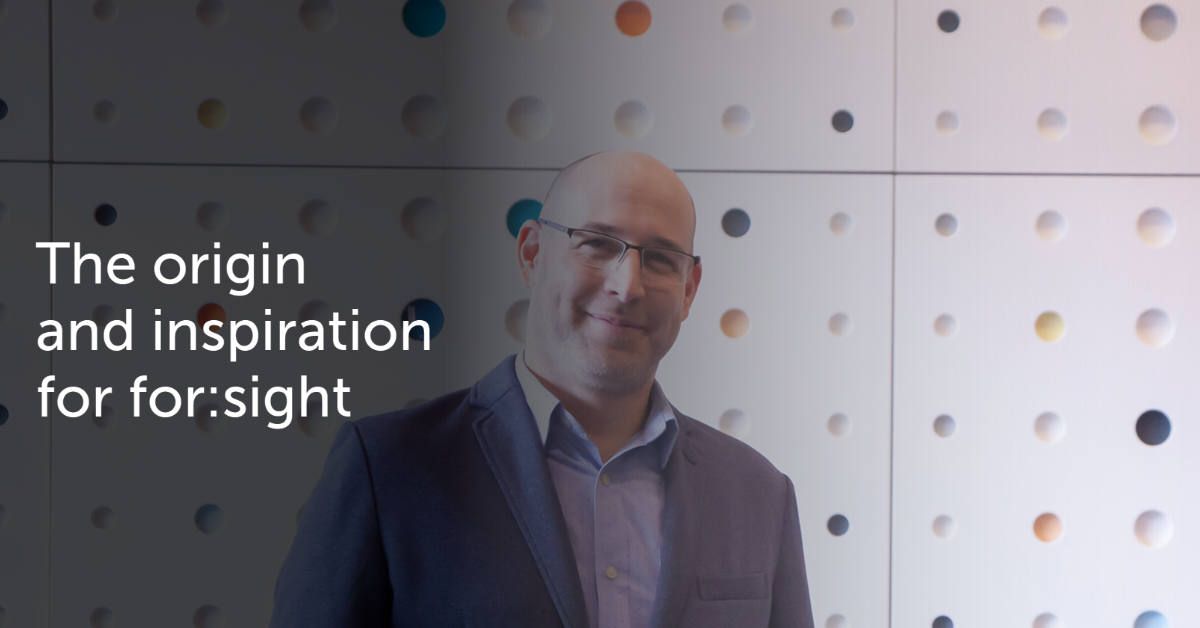 The origin and inspiration for for:sight

ARKK offers a range of solutions to help finance teams with their statutory and regulatory...

ARKK is a UK-based Software as a Service provider that replaces outdated single-purpose finance...

Request a Demo of for:sight today

Our cloud-based for:sight platform offers a robust solution for finance and tax teams who are tired of manual, repetitive, time-intensive tasks that distract from providing additional organisational value.

We've designed for:sight to be fully MTD phase 2 compliant but beyond that, able to automate and improve finance processes saving your team time. Our Consistency Checker, powered by AI-functionality, helps to avoid errors improving data accuracy.

In a time where increased visibility and improved data accuracy and analysis is vitally important for finance, for:sight offers numerous benefits.

Want to see first-hand what our platform can do for your finance function? Request a demo today and our team will be in touch shortly.