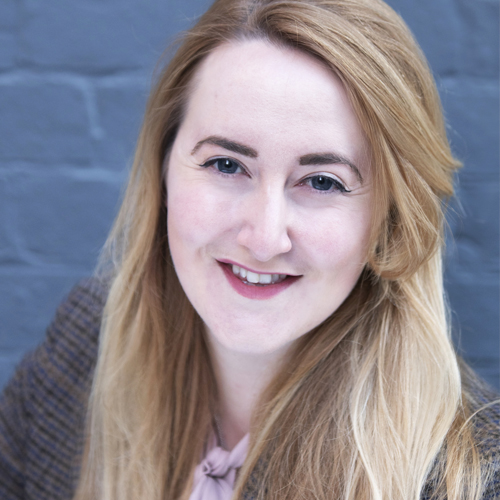 Since 2009, AIFMD has posed its fair share of challenges for hedge funds. To comply, firms need to create an XML schema which can convert ESMA’s templates into the required format. At the start, quite a few companies set off to develop in-house solutions for AIFMD, only to abandon the project a few years later. With changing validation rules from ESMA and potential shifts in UK passporting rights following the Brexit, what are the alternatives for COO’s who want to keep AIFMD in-house without developing and maintaining software?

AIFMD initially looks like a simple XML schema project. If you asked your IT department ‘how much would it cost to build this?’, they will produce a relatively low figure. Writing an adapter which translates data into an XML schema is almost certainly something they’ve done before, and if it’s just another XML implementation – how hard can it be? In hindsight, firms often only see that there’s a lot more to it after they’ve sunk costs into the solution.

The reality of such a project is that maintaining a functioning AIFMD solution which supports all the schemas and variances means employing 2-3 people dedicated to the task. There needs to be a subject matter expert who understands the requirements, a software developer who updates the tool whenever ESMA or your local regulator make changes, and a QA tester responsible for the tool’s quality. Now the project is no longer an IT expense, but a cost for the business as a whole.

This of course is not a hurdle only reserved for AIFMD. A simple reality of business is that most firms struggle to fully value the costs of their IT projects. It’s almost impossible to put an accurate budget on the efforts of other departments, especially if two or three other teams are going to be involved. Perhaps this is a standard dilemma for all IT builds, but what becomes more costly with AIFMD is the fact that the project will never really ‘end’. The validations and schemas need continuous updates, and as the business grows additional funds and entities may expand your reporting requirements. For regulatory experts, the introduction of new legislation – such as this year’s UCITS V – is simply one more directive to manage. For firms trying to file without support, this is yet another costly, on-going project.

Writing an adapter to translate internal data into an XML schema is simple enough, so why is it so challenging for AIFMD? In the first instance, you’re dependent on a third party; the regulators. This means you are not working with co-workers or partners who are keen to fit the project around your existing development roadmap. ESMA and local competent authorities release requirements when they need to, and this will not necessarily line up with your internal business plan. To keep up, an in-house tool would need to have resources available at all times for whenever updates are released. This is not a viable option for most firms who have their roadmaps established for the next six months to two years in advance, so it is far better to outsource this to a team who are in constant contact with the regulators.

It’s reasonable to presume that in the next few years, AIFMD requirements are going to reduce, but this will not make managing the process in-house any more cost effective. Even if the time between updates gets longer, you still need to maintain a team within the business who know what they’re doing. When the updates are released, whether this is every three months or every six, you need the ability to respond quickly and move forward with the solution. If you don’t have that, it’s an immediate problem. Ultimately there is no way of knowing what AIFMD is going to look like over the next few years, so you are far better off letting regulatory specialists handle it rather than trying to keep up with the changes in reporting requirements.
Managing multiple jurisdictions

For AIFMD, it’s not just updates from one regulator which you need to consider. It’s updates from regulators all across Europe, all with different rules and different schemas. Depending on where you’re reporting into, you could be facing double the work submitting to two jurisdictions, and many companies file into five or six. The difference between the XML schema for the UK and the Netherlands for example, is the equivalent of starting again from scratch. Multiple jurisdictions means maintaining relationships with multiple regulators, more quality assurance work, and rewriting the XML schema. Again, what starts as a simple XML project to change say the German schema for the Danish requirements ends up being an unmanageable maintenance task.

It’s understandable that an in-house build initially looks like an easy and simple solution. Unless you’ve been in the regulatory space before it’s impossible to know how much you depend on the regulators. So what’s the alternative if you need to manage AIFMD in-house but want to remove the burden from your business? As well as bypassing the challenge of developing a solution, you don’t want to be lumbered with installing and maintaining a third party’s system.

That’s why using a cloud platform is the most viable option for fund managers. The provider can cater for upcoming changes in validations, and taxonomy roll outs are automatic and instant, rather than requiring lengthy on-site software upgrades. Essentially you outsource the business drains whilst maintaining control over your data and team. There’s no need to update the schema and validations, and no requirements for in-house product testing. On top of the development cost savings, you don’t need a product specialist to devote their time maintaining relationships with ESMA and all other local regulators. With secure online conversions, you can completely remove the burden from the IT department – only the end users need to work with your supplier. A software vendor can split the cost of developing, maintaining, updating and testing a product across its hundreds of clients. Maintaining your own system means footing the entire bill yourself.

Ultimately an in-house build is never just about the tech issues. Internal projects concern the technology and the expertise that has to come with it, which for a regulation as complex as AIFMD is a full-time job. People should be focusing on their core business objectives, and AIFMD reporting is hardly anyone’s core business, unless you’re a regulatory reporting specialist.

What Are The Main Obstacles Affecting Tax Transformation?

It’s an unfortunate fact that change in any organisation is regarded with suspicion in some...

5 things to look for in a Form PF solution

To keep up with the SEC’s changing requirements for Form PF reporting, many fund managers are...

So, you’ve got funding. What’s next?

Richard Metcalfe, ARKK’s CEO and Founder, considers the importance of funding for start-up and...